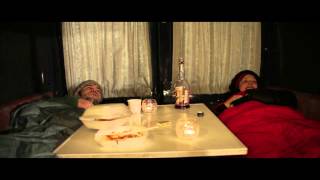 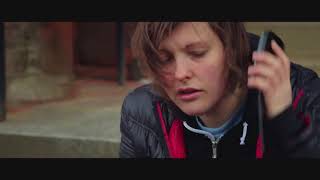 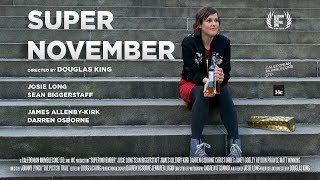 In Let’s Go Swimming, Josie has left her life in London for a better one in Glasgow, the indie band theme park where she will finally be happy and accepted. But sitting in cafes and going to gigs on your own isn’t as fulfilling as she’d hoped.

In Romance and Adventure, Darren is Josie’s best friend. Josie is Darren’s flatmate. Approaching 30, Josie is desperate to travel, to escape, to do something big. Darren is happy having his meals cooked by someone other than his mum.

Together they drink Buckfast and wander the streets, wondering why their friends are becoming old and boring, with houses and marriages and kitchens to retile.
Together they make fun of squares and make up games, it’s them against the world, or so Josie hopes. How much can you rely on a friend who doesn’t want to grow up?

Says Josie: ‘Making these films was the best time of my life ever. I’m so proud that we now get to show them to audiences.
At every stage from chatting about ideas, to writing, to rehearsing, planning and realising them onscreen, we’ve been powered by massive enthusiasm and excitement. We’ve had the same talented crew for both films and we’re just at the beginning of our working life together. Hopefully we will next make a brilliant feature that will take us on the gravy train to Hollywood. Then bad luck arseholes, you will never see us again.
I’m kidding! We can’t wait to see you all on the tour.’

In April 2012 I wrote and starred in a short film called Let’s Go Swimming, which was directed by Douglas King and shot in Glasgow.

It was a sad comedy with some little bits of stand up voiceover in it, about a woman trying to run away and start a new life for herself, with no success.

We were chuffed to work with a brilliant cast and crew, and managed to blag good equipment to make it.
Musicians that we love like Stuart Murdoch and Aidan Moffat did cameos for us and a cafe gave us free catering for the shoot, too. Belter. There is a brief clip of it just above these words.

We really loved making the last film and it taught us a lot. We are now desperate to make another, but we really want to pay people properly as the last film had no budget whatsoever.
We want to be able to put the same crew together and actually hire the equipment we need so we don’t wear out the goodwill that was shown to us. (And i hope us doing this doesn’t wear out yours!).
We would both like to keep making films until we can make a brilliant feature that will take us on the gravy train to hollywood.

Then bad luck arseholes, you will never see us again.

I do not mean that.

Check out Doug’s other short films via @14cstudio & www.14cstudio.com, the company he runs with Darren Osborne.