‘I apologise a lot for things that aren’t my fault’

By Adam Jacques in The Independent, 7th August 2011 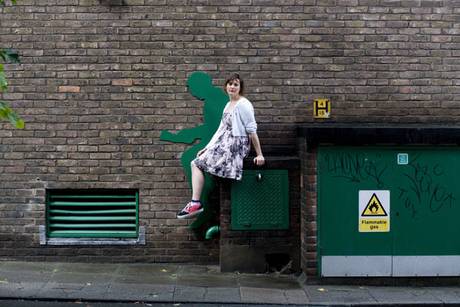 But I’ve relaxed into it now and my material feels like a companion, as it’s closer to my real life.

Swimming outdoors in cold water helps me relax I even go on Christmas Eve; I love it. I’m a big worrier, so I need to do a big thing like that to be taken away from it all. You’d think when it’s that freezing it would hurt, but it just feels really refreshing and immersive.

I’ve become more eloquent as I’ve got older I think we all do – but I still worry that I’m thick and inarticulate, and I still swear as much as I used to.

I’m beset by anger with this Government It’s made my comedy political. The raising of tuition fees last year really fired me up. It feels as though they’re taking away the chance for social justice for people on a low income.

Inequality in this country is as bad now as it was in 1943 And it’s getting worse. We need more wealth redistribution. I want higher taxes, I want a bigger state and I want the UK to be more socialist like Scandinavia.

I hate that David Cameron says one thing then does the exact opposite With [the children’s welfare programme] Sure Start, he’s like, “I will not cut it.” And look: loads of centres are being closed down. Then he says he won’t mess with the NHS. Now look at the NHS. The Tories say they’re making these cuts for urgent, economic reasons when really they’re doing it for ideological reasons.

Rude people disgust me There are some simple rules of politeness: don’t get on a train or bus before others get off; don’t spit on the street; don’t drop litter – there’s bins everywhere. I’m always telling people off. Yesterday I told a man he’d dropped a chip fork on the pavement and he looked at me as if to say, “What?!”